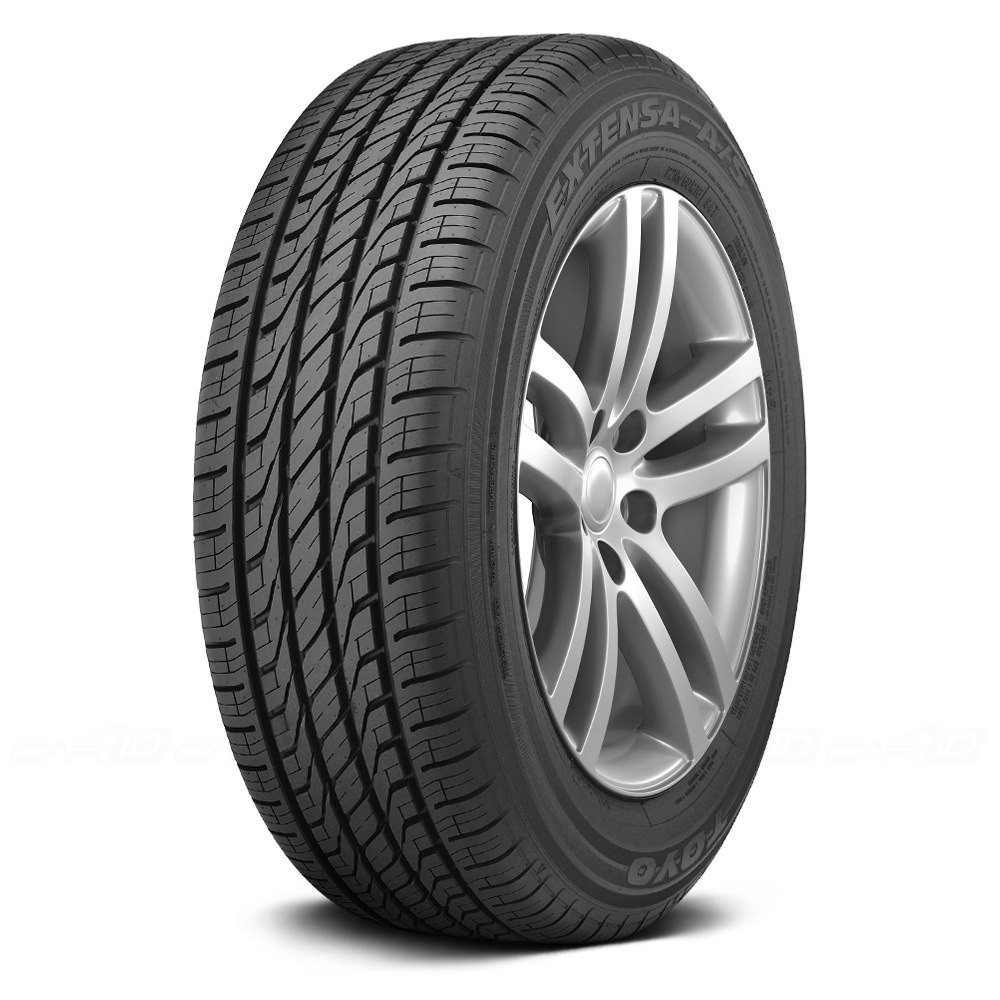 Tirebuyer.com: The following list of Toyo styles are eligible for 15% savings, just enter TOYO15 at checkout. For all other Toyo styles, enter TOYO10 to save 10%

Toyo tires are not only about ultra-high performance variants for sports cars. The Toyo Extensa A/S is designed for normal passenger cars, sedans, sports coupes, small crossovers, and minivans. Call it vanilla, if you will. This tire is available in 13” to 18” diameters and is the entry-level choice in Toyo’s lineup of high-quality all-season tires.

My first experience with Toyo tires was about ten years ago. I got chance to drive a mildly-tuned Mitsubishi Lancer Evolution VII equipped with Toyo Proxes tires. Well, what can I say besides the fact that the Evo handled like a dream! The Toyo tires offered splendid performance on the track, and they performed better than other tires being tested at that event.

My test car for this Toyo Extensa A/S review is a 2011 Honda Accord EX Coupe fitted with stock 17-inch wheels. The Toyo tires were fitted about 7 months ago and have racked approximately 3,500-miles prior to my test drive. Since the Toyo Extensa A/S is an all-season touring tire, it would only be fitting to examine the tread wear and ride quality of the tire.

I am also interested in the cold-weather performance of this tire. The owner of the Accord is originally from North Dacota, and we had a lengthy chat about the Toyo Extensa A/S tires and cars in general. He also owns a Subaru WRX and Toyota Tacoma since he loves to go off-roading as well. It’s nice to meet a fellow car nut!

The Toyo Extensa A/S is engineered with a symmetric tread design. The optimized center block is equipped with variable-pitch angle grooves to enhance road contact while offering a comfortable ride.

The tire features four wide circumferential grooves with variable-pitch channels to enhance traction and grip in the wet. Toyo also equipped with this tire with multi-wave sipes on the tread to effectively provide maximum grip on snow-covered roads.

While the Toyo Extensa A/S is not designed for sporty performance, the shoulder rib is designed to improve vehicle stability while minimizing wear. The all-season tread compound guarantees balanced performance and a quiet ride.

I have driven many variants of the Honda Accord, including the coupe. In my opinion, this car is much better as a sedan, but in coupe guise, the Accord somehow manages to give the driver a sporting feel. Let’s see how the Toyo Extensa A/S performs under varied driving conditions. 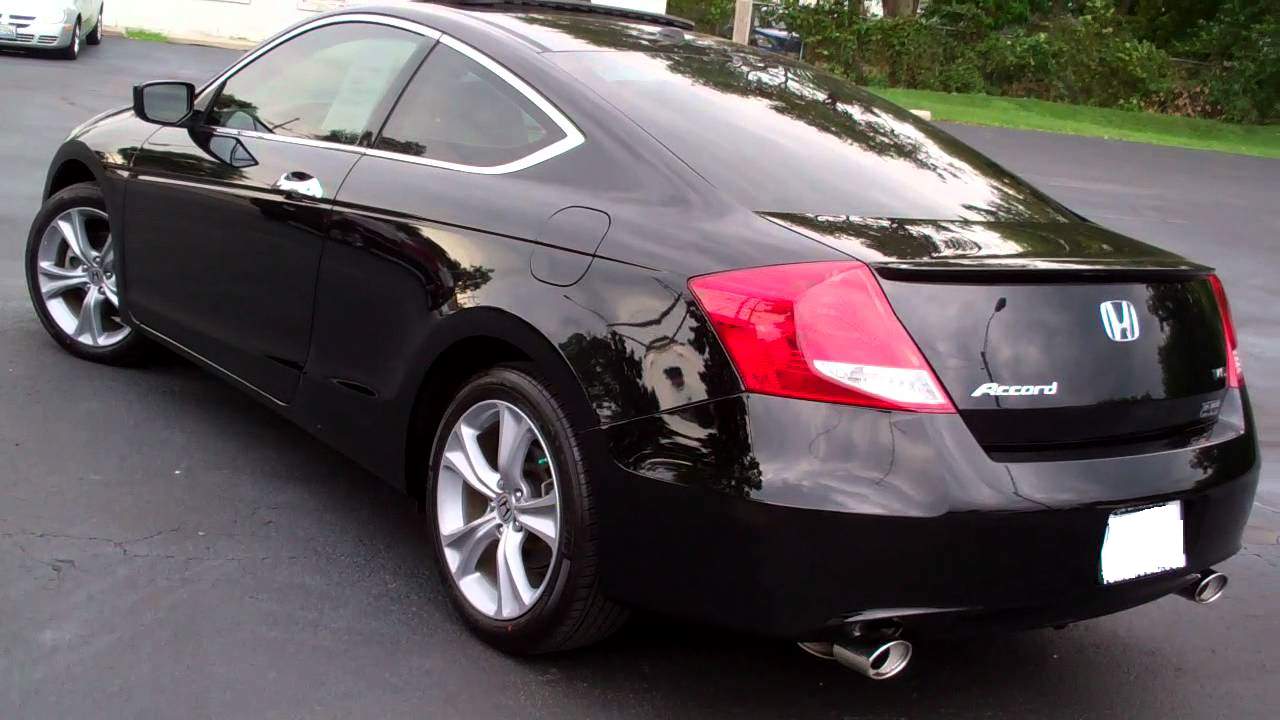 I immediately headed to the highway after firing up the 190-horsepower engine. The weather was a bit cloudy and there were rain clouds on the horizon, but I took advantage of the hot tarmac to get a better feel of the dry performance of the Toyo Extensa A/S.

On average speeds, it is entirely civilized. You can even call it dull. Traction and grip were ever present, but it behaves differently once the speed piles up.

On higher than average speeds, you would wish you had more grip to play with, especially if you like attacking corners like the late Colin McRae. I immediately felt that the Accord Coupe needed a sportier set of rubber, even with the standard 5-speed automatic tranny.

Remember about those rain clouds that I was talking about earlier? They poured hard as I was on my way to grab lunch. I drove around for thirty minutes more to get a feel for the wet capabilities of the Toyo Extensa A/S, although my stomach was growling at that time.

Wet traction was admirable given the conservative nature of the tires. I sped up a little to get a better feel for the high-speed traction in the wet. Everything feels nice and tight as long as you don’t execute abrupt maneuvers at speed. However, I wish the tires had more grip. But if you drive sanely, you won’t have a problem with the wet performance of the Toyo Extensa A/S.

The owner of the Accord told me about his experiences with the Toyo Extensa A/S in cold weather. He said the tires were average in terms of snow traction and grip, and you can expect to arrive safely as long as the roads are not covered in ice or 2-inches of snow.

What the Toyo Extensa A/S lacks in wet and dry grip, it more than makes up for it in ride comfort. My test car was a smooth operator, which is typical of the Accord. The tires were simply gliding on the highway, and they were comfy in the urban environment as well.

I can happily report the Toyo Extensa A/S were one of the quietest tires that I tested so far. The 2011 Accord is not particularly known for having Mercedes-levels of NVH tuning, but the tires simply rolled with minimal tire roar, even if you drive at moderately higher speeds.

The owner of the Accord was pleased with the wear characteristics of the Toyo Extensa A/S. He’s had the tires for 3,500 miles and there were no signs of accelerated wear and tear on the tread surface. This is not bad especially if you consider the tires cost less than $110 each. Mind you, you can buy a much cheaper set of all-season tires for less money, but probably none of them has the pedigree and reputation of the Toyo brand.

Oh, before I forget, let me just say that the Toyo Extensa A/S is backed by a 50,000-mile to 65,000-mile warranty. Each tire also comes with a No Regrets 500-mile or 45-day trial. If you are not satisfied with the performance of the tire, simply send them back, no questions asked. 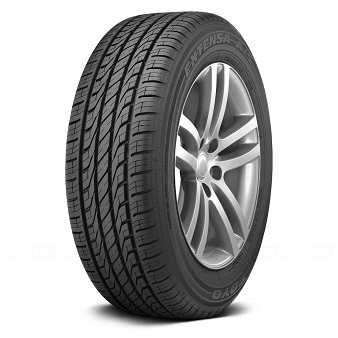 In my book, the Toyo Extensa A/S offers good value for money. Like I said, there are much cheaper brands out there, but why would you entrust the safety and comfort of your ride to the lowest bidder?

The Extensa A/S offers balanced levels of traction and grip. This is good enough for everyday-driven compacts and sedans. I wanted it to offer more grip, but I was enamored with the comfort and low road noise of the Toyo Extensa A/S.