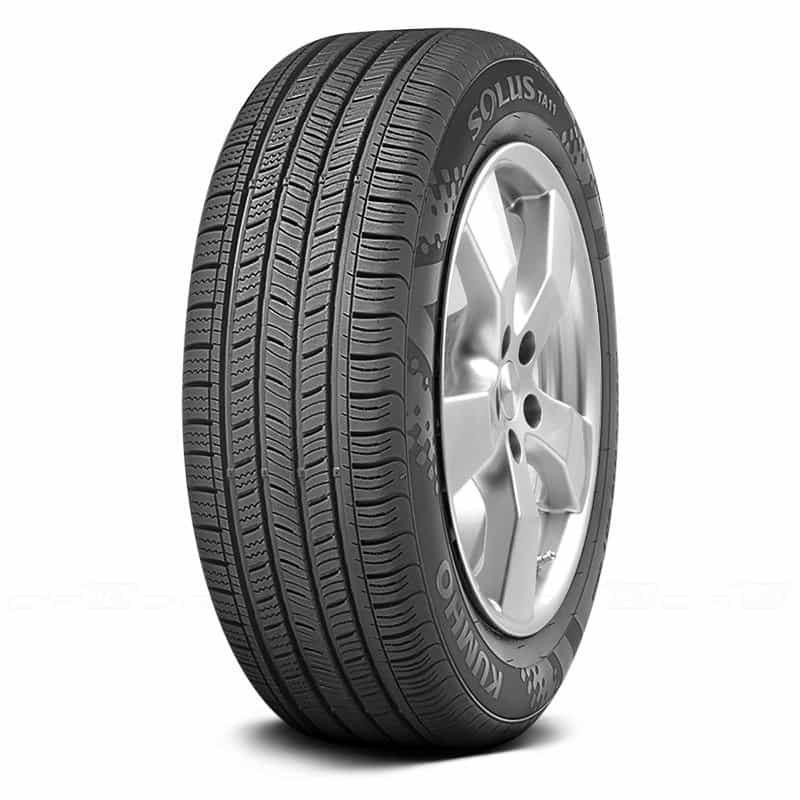 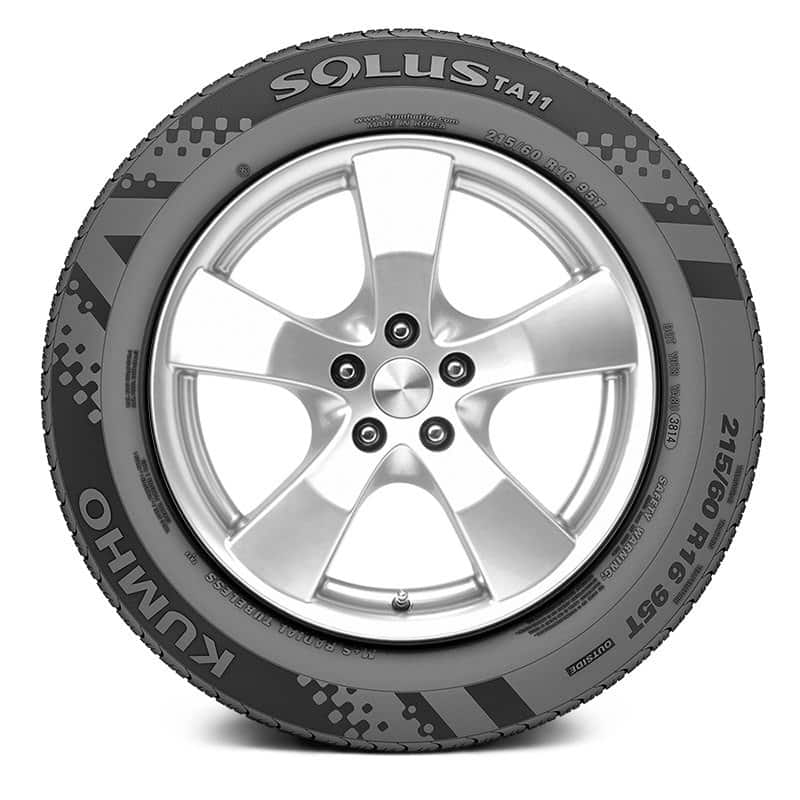 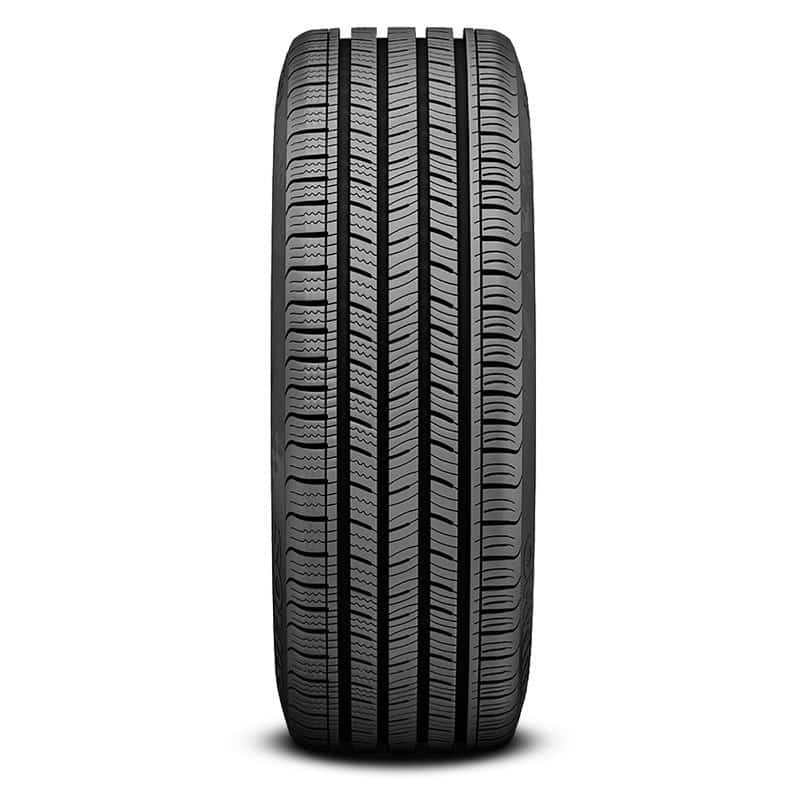 You can never be blamed for deciding to buy cheaper tires. This holds particularly true if you are an average type of driver on a normal sedan, coupe, or minivan. Kumho tires are one among the better known cheap tires in the USA. These tires are made in South Korea and are standard offerings on new cars and crossovers, particularly Korean-made vehicles like Hyundai and Kia.

The Kumho Solus TA11 is one of the better alternatives that won’t break the bank. It somehow manages to be better than most Chinese-made tires but it undercuts other well-known brands by a couple of bucks. If you happen to be searching for an affordable all-season touring tire but you are not prepared to buy a tire from an unknown brand, this Kumho Solus TA11 review is right for you.

Cost and comfort are the primary considerations when you purchase the Kumho Solus TA11.

This tire is ideal for subcompact and compact cars, midsize sedans, minivans, and small crossovers. Unlike other entry-level touring tires, the Kumho Solus TA11 is available in diameters of 13-inches to 18-inches to suit the needs of modern vehicles equipped with larger wheels.

This is an all-season tire that can also handle a bit of snow, which is good news for those of you who happens to reside in colder climates.

My test car for this 2017 Kumho Solus TA11 review is a 2014 Hyundai Sonata GLS sedan equipped with 16-inch OEM wheels. The owner of the Sonata bought the Kumho Solus TA11 tires about five months ago so it is interesting to find out the wear characteristics on his rollers.

But first, here are the features of this entry-level all-season tire.

The Kumho Solus TA11 is primarily designed for car owners who prioritize comfort and long tread life over all-out performance. This tire is manufactured using Kumho’s Escot casing that maximizes the shock-absorbing characteristics of the tire.

This tire utilizes a dual silicone compound that allows heat to quickly dissipate around the carcass and the treads. Less heat means the tires can perform better in all types of road conditions while they still give you better fuel efficiency in the long run.

The Kumho Solus TA11 is equipped with an asymmetric tread pattern with a rounded shoulder design to increase the contact patch. This will give you better steering response, balanced handling, and better cornering at speed.

Since this is an all-season touring tire, Kumho was kind enough to give the treads multiple waffle sipes that can literally ‘bite’ on the surface of the road to give you better traction and grip on icy or snowy pavement.

I know that I won’t be able to test this tire on ice or snow, but the owner of the test car happens to be from Colorado. What could be a better way to determine the snow performance of a particular tire than talking to someone who encounters slippery and icy roads on a somewhat regular basis, right?

The owner of our Hyundai Sonata test car is a jolly fellow in his late forties. He is planning to sell his car next year and plans to upgrade to a vehicle equipped with all-wheel drive. He bought a complete set of Kumho Solus TA11 tires for less than $420 and he was pleasantly satisfied with the purchase.

“What I really like about the Kumho’s were the snow capabilities of the tires. Yes, these are not snow tires in the purest sense of the word, but they managed to retain decent levels of traction even when the words turned to slush,” says the owner of the Sonata.

“I don’t mean to be condescending, but I have used a lot of different tires in the past. These Kumho’s are one of the best I’ve tried so far, particularly because they’re cheaper than other brands,” added the fellow.

He also told me that there are no problems with the tires thus far, and he’s clocked 5,000 miles since installing the Kumho Solus TA11 in his Sonata. If problems ever arise, the standard 75,000-mile warranty is there to help.

I drove the Sonata for about 60 miles consisting of mixed city and highway roads. Traction and grip in the dry were commendable, but if you demand more you need to look at high-performance or ultra-high performance tires that will deliver higher levels of dry grip.

The Kumho Solus TA11 tires performed well on wet roads as long as you don’t push too hard. With that being said, it actually felt like the Sonata was equipped with more expensive and sportier high-performance tires since the car never broke traction, even when approaching a tight corner at moderate speeds in the rain.

What I really like about the Kumho Solus TA11 is the ride comfort. Don’t get me wrong, the Hyundai Sonata is a competent vehicle in terms of ride comfort. But the tires gave the car a somewhat light and suspended feel in city driving, even when I was traveling over rough patches of concrete and asphalt.

The tires were also smooth and quiet on the highway, but there was a bit of tire roar when the speedometer was approaching triple-digit speeds.

I asked the owner of the Sonata about the tread wear, and he told me: “That was my primary concern since I wanted my cheap tires to have a long service life. So far, the Kumho’s are still relatively fresh after 5,000 or so miles, with minimal signs of tread wear.”

I believe him, but I still gave the tires a close visual inspection before ending the test drive. I have no doubts about longevity since Kumho designed the Solus TA11 to be a high-mileage tire with exceptional tread life.

After shaking hands and waving our goodbyes, I was left with a deep and lasting impression on the all-weather capabilities of the Kumho Solus TA11. I am familiar with this brand but I haven’t driven a lot of cars equipped with Kumho tires, except for the occasional test drive.

The brand has earned my respect ever since. In my book, the Kumho Solus TA11 is one of the best and most affordable entry-level all-season tires that money can buy. The fact that it comes with a solid 75,000-mile warranty is an added bonus in itself.