The problem with cheap tires is the difficulty in finding reliable information about a particular brand. Case in point this 2017 Hercules tires review. There is no point accessing the official Hercules website since the site is down as of this writing. I find it funny because the search engines have no problem finding the sources of relevant keywords regarding Hercules tires.

However, when you click on search results leading to the official Hercules website, all you get is an error message stating that the site took too long to respond, or maybe the site was moved to a different address. I tried five different web browsers and got the same results. Bummer.

I tried doing this for a week but to no avail. What does this mean? In my experience, maybe the website is under construction, or maybe Hercules is trying to promote the Ironman brand more since tires that carry the Hercules name are also branded as Ironman tires.

Confused yet? So am I. At the risk of sounding like a complete failure, I did find a few useful tidbits about Hercules tires.

The Hercules Tire and Rubber Company is a subsidiary of American Tire Distributors Inc. (ATD) and has been in business since 1952. The company is headquartered in Findlay, Ohio. ATD bought Hercules tires in 2014 and has constantly been providing high-quality tires in the North American market.

Similar to Ironman tires (which Hercules also manufactures), Hercules tires have a more affordable price compared to the more popular and mainstream brands. This makes them an attractive proposition for car owners who are looking for dependable tires without emptying their wallets.

Judging tires based on tread design is similar to quantifying the merits of a new car based on looks alone. But for what it’s worth, there are tires that can make your car look better and more aggressive compared to others. It just so happens that Hercules tires are blessed with good-looking and sporty tread designs despite the low price. 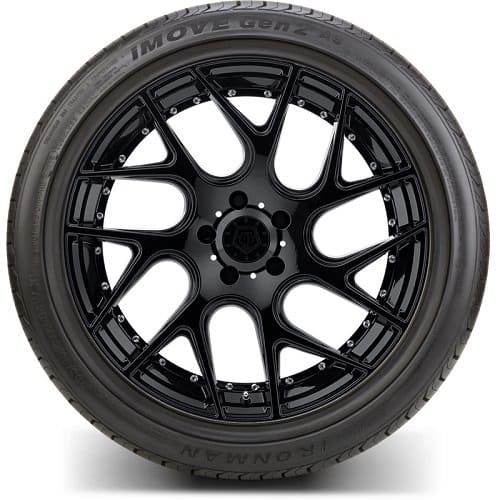 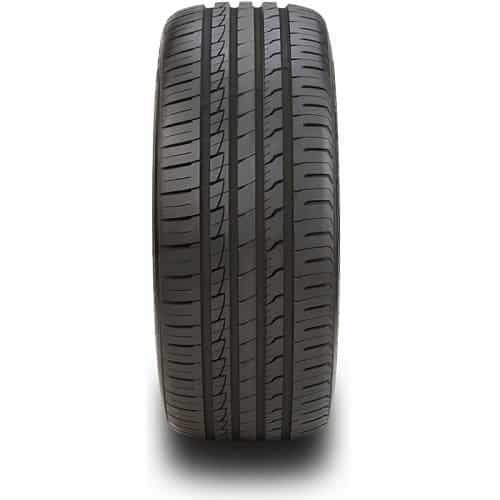 In our Ironman tires review, we tested the Ironman IMOVE high-performance tires on a 2012 Lexus IS350. That tire was presumably the first generation IMOVE, or is it?

Upon closer inspection, it seems that the IMOVE and IMOVE Gen 2 are the same.

I asked the same question to my friends at the tire dealership, but all I got were blank stares. What they did confirm was that the IMOVE Gen 2 was new since they don’t sell the original IMOVE at this time of writing. I also found out that the Gen 2 is an improved version with a longer tread life. This only made the situation more confusing since you can still buy the first-generation IMOVE online.

I decided not to think too much about this and just focus on the drive. My test car for the Hercules IMOVE GEN 2 was a bone stock 2014 Subaru Impreza WRX.

This is a rarity since most owners of a WRX will probably modify the looks and performance of the vehicle by installing an assortment of aftermarket parts. This particular car is actually for sale since the owner is now the proud owner of a 2015 Mazda 6.

My initial impression of the Hercules IMOVE Gen 2 AS is the smooth and comfortable ride.

The WRX was not known for its comfortable and smooth ride, but the tires were more refined than other cheap tires even when driven at speed. Traction, braking, and grip on dry roads were commendable, and the steering response was also spot-on.

In this regard, it is safe to say that the Hercules IMOVE GEN 2 AS is not merely an all-season tire since it performs admirably at speed. This is a proper high-performance tire with the price of a humble touring tire.

The Hercules tires on my Subaru test car were fairly new. The owner took the Scooby on a trip to Vegas last month and found no difference in terms of tread wear. That’s a journey that took approximately 15 hours and around 1,000 miles.

The Hercules IMOVE Gen 2 is engineered with an asymmetric tread pattern with five circumferential grooves to improve grip on both dry and wet roads. It also has a new generation wear-resistant compound to enhance the service life and durability of the tire.

If you are thinking about buying the original IMOVE for your car or minivan, you should consider the IMOVE Gen 2 since the former has a reputation for below-average tread wear. The All-Season Tour 4.0 Plus is one of the best-selling tires in the Hercules lineup. This particular tire has been around since 2011 so it wasn’t hard to find a test car fitted with this roller.

The Hercules All-Season Tour 4.0 Plus has an asymmetric tread design that looks like a high-performance tire at first glance. This tire is built for sedans, sports coupes, minivans, and small crossover vehicles.

I was able to find a 2012 Chevrolet Cruze fitted with the Hercules Tour 4.0 tires.

Traction in the dry was admirable and the ride comfort was also top-notch. My test car emitted a squeaking noise on the front driver side (worn out bushings) and the steering wheel was pulling slightly to the left. All of this was a result of an unfortunate fender bender a couple of weeks back. Despite these shortcomings, the car was still smooth and quiet on the highway.

The owner told me that these tires are also great for light winter conditions. There was no way for me to confirm this, but I did find out that the Hercules Tour 4.0 Plus was also a smooth operator when driven on wet highways, provided that the treads are still thick and fresh.

The only downside to this tire is the tread wear, which seems to be a common complaint among cheap tires.

The Hercules Tour 4.0 is engineered with a silica-enhanced tread compound that provides solid performance on wet or dry pavement. It also has larger shoulder blocks to improve cornering grip and a continuous center rib to provide better stability. 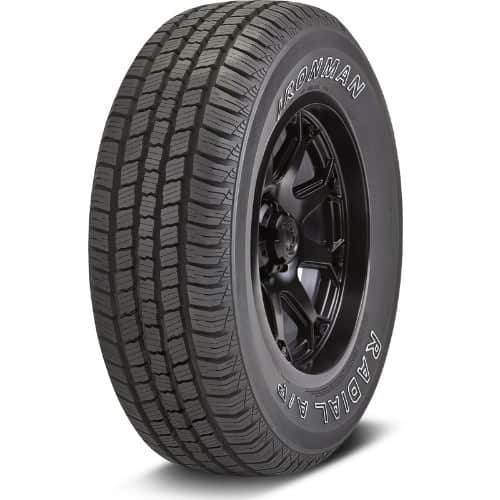 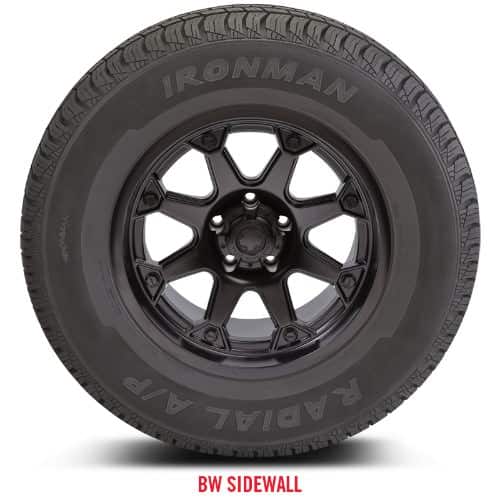 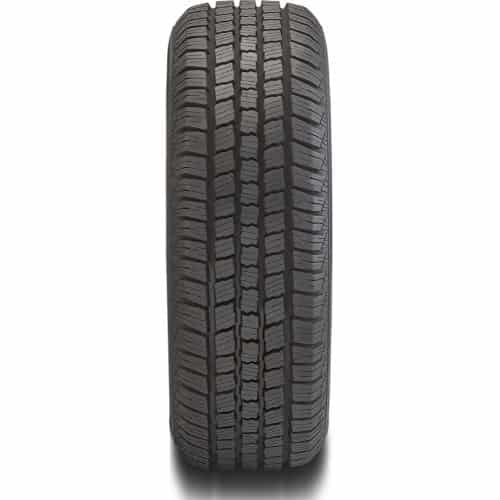 The Hercules Radial A/P is an all-season tire designed for crossovers, vans, trucks, and SUVs.

In my opinion, the five rib tread pattern of this tire is designed for mild off-road and winter applications. This is not exactly a tire that is designed for the highway, but it did give a smooth and somewhat silent ride when driven on well-paved roads.

I got the opportunity to drive a 2015 GMC Sierra 1500 fitted with the Hercules Radial A/P tires.

Driving around the confines of the city, the tires were quiet and comfortable even when traversing over harsh pavement. The tires were unperturbed by potholes and road craters as well. I guess I should also give credit to the refinement of the GMC Sierra since this was my first time to drive this particular truck.

Imagine the smile on my face when the owner of the truck asked me if I wanted to take the truck off-road.

Well, not exactly the boulder-traversing type of off-road, but a rough and narrow trail leading to a spectacular view of the outdoors. In this type of terrain, the Hercules Radial A/P was in its best element. It never lost traction even when traveling over loose soil peppered with rocks and sharp gravel.

This tire has a multi-ply construction along with a deep tread to withstand harsh road conditions such as this. The EKG sipes were also responsible for the high levels of grip in light off-road terrain.

The Hercules Radial A/P is a good choice for an all-season and all-terrain tire for your truck or SUV.

The price is a definite bargain because you don’t need to spend big money on a brand new set of Hercules Radial A/P tires. 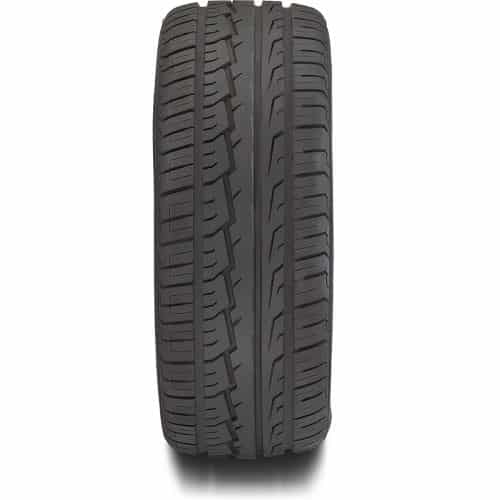 The Hercules IMOVE Gen 2 SUV is better suited for crossovers or sport-utility vehicles that are mostly used in the city or highway. If the Radial A/P is designed for all-season and all-terrain use, then the IMOVE Gen 2 SUV is clearly marketed as a sporty SUV tire based on the tread design alone.

The Hercules IMOVE Gen 2 SUV has an asymmetric tread design to deliver high-levels of traction and grip on both wet and dry pavements.

My test car for this tire is a 2010 Subaru Forester. I have always liked the Forester since it offers all-wheel drive as standard and it comes with excellent safety scores as well. This tire and this crossover is a match made in heaven.

My initial impression of the Hercules IMOVE Gen 2 SUV is the excellent wet and dry traction.

It also rode silently and comfortably even when pushed to higher speeds. The owner of the Forester told me about the marginal tread wear since the tires still look fresh after 5,000 miles. He also told me that these tires are one of the best he has ever bought since it performs admirably despite the budget price tag. I couldn’t agree with him more. 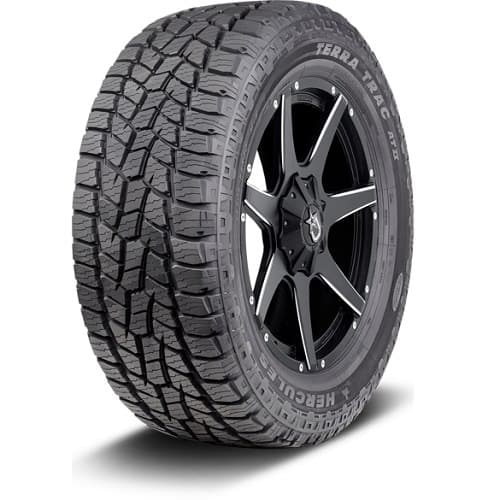 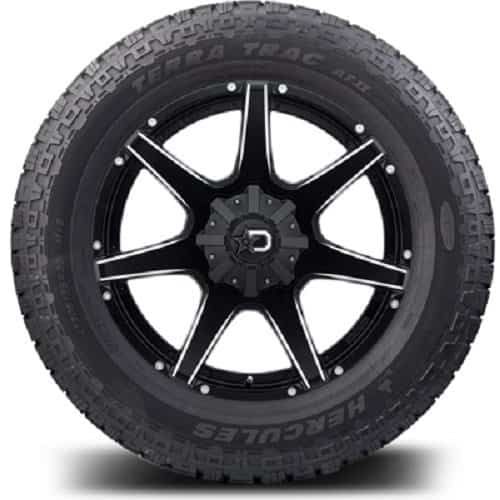 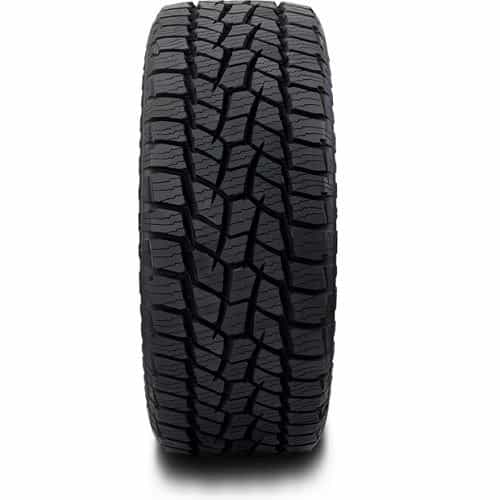 I am not an off-road fanatic but I certainly appreciate the macho and aggressive styling of trucks and SUVs that are modified to tackle extreme terrain.

The Hercules Terra Trac A/T II is an improved version with 29% more siping and 12% more lateral grooves. This tire is also engineered with a silica-based compound to deliver excellent traction and grip on both wet and dry surfaces.

My test car is a 2003 Jeep Grand Cherokee fitted with a lift kit and large aftermarket wheels.

The first thing that I had to say was that the tires looked awesome on the Jeep.

It gave the SUV a more rugged and go-anywhere kind of vibe. As you would expect, the owner of the Jeep had a particular inkling for demanding off-road terrain. He regularly visits the trail every weekend and he is thinking about slapping a couple more parts in his Jeep to make it even more capable.

Driving on the highway revealed a surprising facet of the Hercules Terra Trac A/T II that I previously thought was foolish to expect from a chunky all-terrain tire: ride silence. It rode silently on average highway speeds and it had good traction and braking on both dry and wet roads.

The owner of the Jeep got the chance to test the tires on snow-covered roads as well, and he was amazed at how the tires performed so well on streets covered with 2-inches of snow.

However, he also found out that this tire struggles in coping with moderate or deep mud.

Even though the Hercules Terra Trac A/T II is equipped with deep tusk grooves, it is better suited to handling wet, snowy, and loose gravel rather than puddling in the mud.

Despite the lack of information regarding the brand, this Hercules tires review gave me a favorable impression in terms of quality, performance, and price. There is still a lot of confusion in terms of the branding since Hercules tires are also sold with the Ironman moniker and vice-versa, but both brands were successful in merging style, on-road (and off-road) attributes, and comfort in an affordable package.

5 thoughts on “Hercules tires review for 2022: Are Hercules Tires Good?”