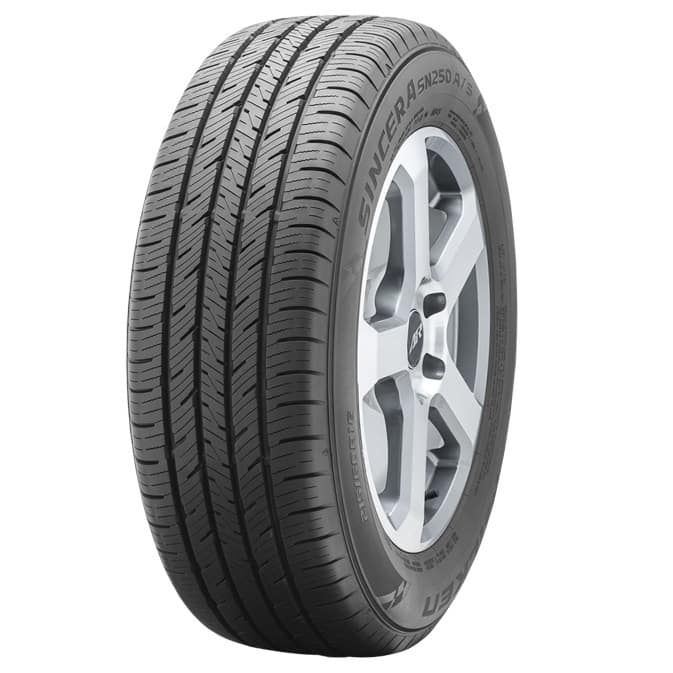 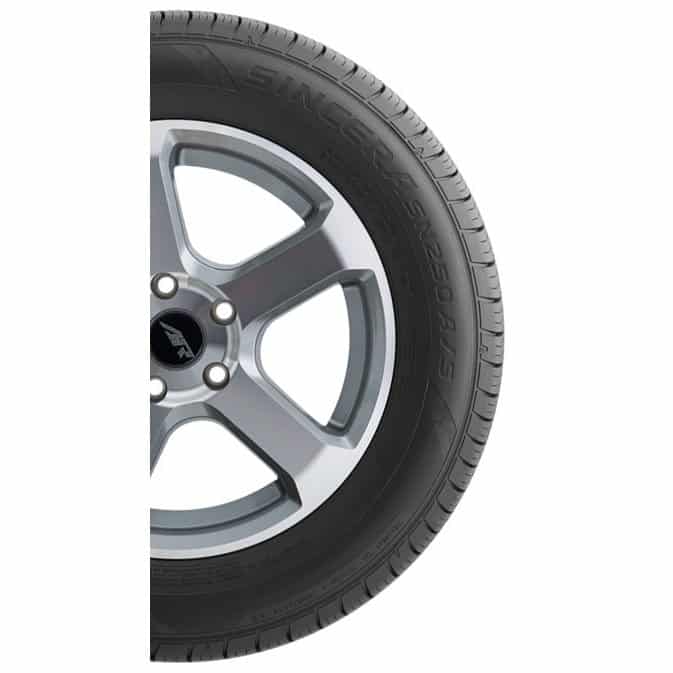 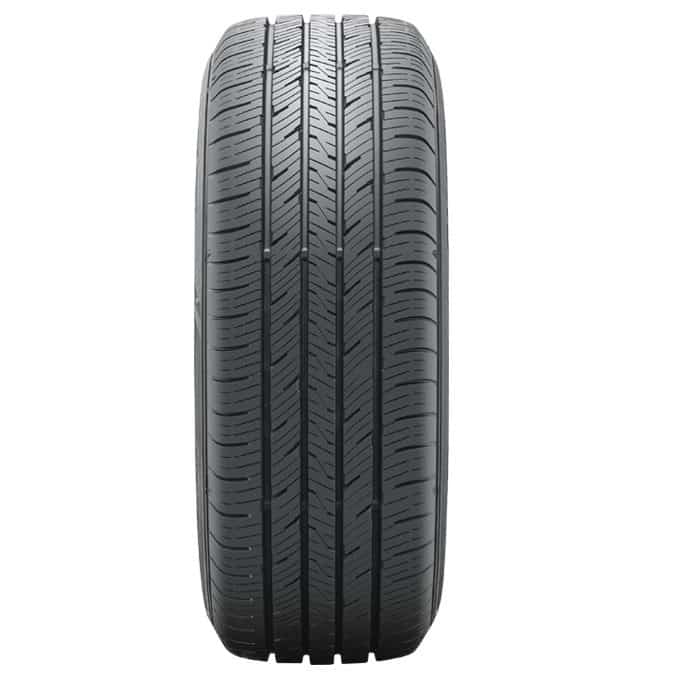 The Falken Sincera SN250 A/S is relatively new. It was launched in 2016 as a replacement for the aging yet still capable SN211 A/S. For me, the Sincera SN250 will have the Sincera SN828 as another one of its predecessors since it is the same touring tire designed for all-season performance.

This review of the Falken Sincera SN250 A/S allowed me to spend some time inside a 2013 Honda Civic EX sedan. My test car was fitted with stock 16-inch wheels and the SN250 A/S Falken tires. The owner of the Civic is a kind lady in her middle 40s. She told me her daily routine involves a mixed bag of city and highway driving with occasional jaunts to the neighboring state to visit her daughter.

The Falken Sincera SN250 A/S tires fitted to my test car were approximately four or five months old and have travelled over 5,500 miles. I like testing older tires since it gives me the chance to accurately discern the wear characteristics and durability of the rubber. Since the Falken Sincera SN250 is a performance touring tire, I wanted to find out if the long-lasting tread compound is able to deliver the promise of all-weather traction without sacrificing ride comfort and road noise.

Gone are the old novelty wear indicators of the Sincera SN828. Falken instead decided to give the Sincera SN250 a longer 75,000-miles or 80,000-miles limited tread life warranty. The stellar wear characteristics can be attributed to the symmetrical rib design that is specifically designed for optimum tread wear.Performance on snowy or icy roads is enhanced mainly thanks to multiple sipes on the treads of the tire. The sipes were created using 3D Canyon Technology and provide multiple biting edges on the face of the treads to provide better grip and traction on snow-drenched pavement.The Falken Sincera SN250 A/S was manufactured using an exclusive silica tread compound with Dynamic Range Technology. This will allow the rubber to remain pliable at extremely low temperatures while enhancing the chemical bonds of the rubber on hot pavement for excellent all-weather performance.This tire is equipped with four wide circumferential grooves to improve traction and grip on wet roads. The solid center rib is designed to improve the steering feel of your ride while enhancing the overall stability of the tire.

The owner of the Honda Civic practically gave the entire weekend to test the capabilities of the Falken Sincera SN250 A/S. I got it and prepared to be bathed in comfort since the Sincera SN250, according to Falken, is engineered to deliver massive amounts of comfort along with the improved wear. 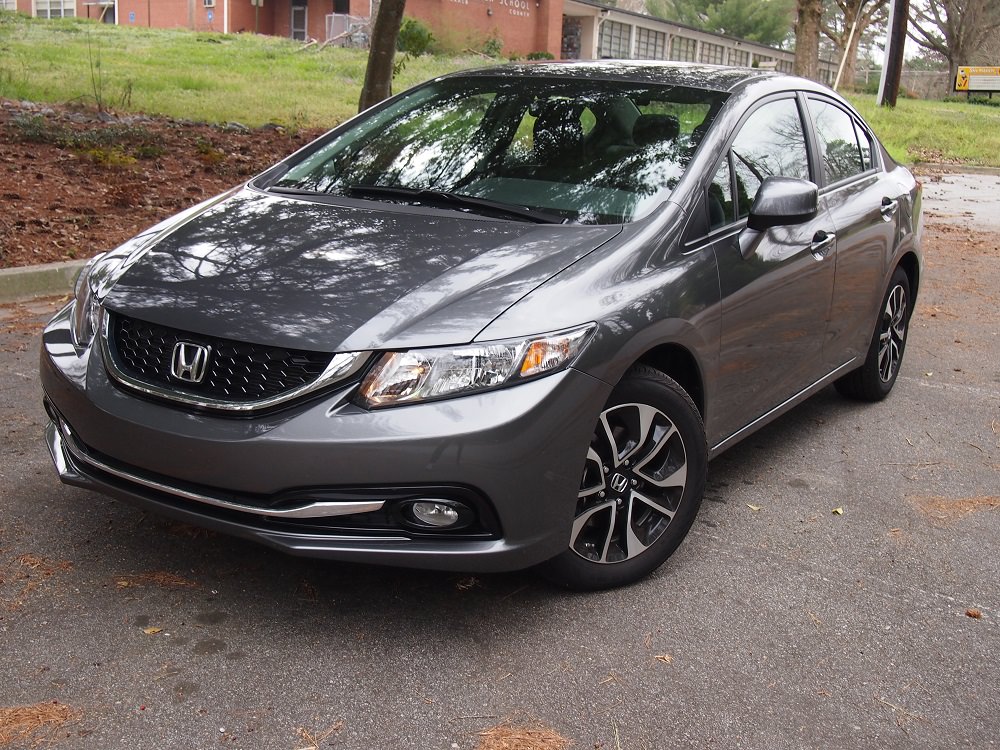 We’ll talk about the comfort later even though it is the most stellar characteristic among the other criterion in this review.The Falken Sincera SN250 A/S might not have the extremely high levels of traction of the Falken Azenis FK450 (which is also an all-season tire) but the former performs quite well on dry roads.Cornering grip was acceptable given the conservative nature of the Sincera SN250 A/S, but sporty driving will make you want to upgrade to tires that offer more dry traction.Braking was also acceptable given the fact that the Civic is known for having so-so brakes.

It’s the same story when the roads are drenched in rain. The Falken Sincera SN250 A/S were commendable given the slippery nature of the wet asphalt and concrete.If you drive at higher speeds and add cornering G-forces in the mix, you will feel the tires hunt for traction, but nothing too bad that will merit a concerned look on your face.But in straight-line normal driving, you will have nothing bad to say about wet weather capabilities of the Falken Sincera SN250. I never felt the car was hydroplaning even as I sped on the wet highways.

It seems the high sipe density and angled tread grooves in the Falken Sincera SN250 worked marvelously to allow the tires to remain obedient on snow.The tires were good on light snow but don’t expect it to work flawlessly when traversing over inches of snow or hard ice.I also felt the tires were hunting for traction as I accelerated hard on a slippery slope, but it took only a split-second of hesitation before the tires finally corrected themselves and forged me to carry on.

The Civic is a smaller yet sportier alternative to the Accord, but my test car was as comfortable as the Accord, thanks in large part to the Falken Sincera SN250 A/S tires.The tires rolled smoothly on both wet and dry pavements. If you drive at slow or average speeds, you can bask at the comfortable nature of the tires.

I have nothing bad to say about the refinement of the Falken Sincera SN250 A/S tires. Tire roar was at the absolute minimum at slow speeds. The tire roar was only more prevalent on higher than cruising speeds, but it’s not too harsh to merit a lower score.

The Falken Sincera SN250 A/S tires on my test car had already endured rigorous amounts of miles prior to my test drive. However, the tires looked pretty solid with only minimal amounts of wear.The owner of the Civic was particularly proud in this regard since she only paid around $300 for a complete set. She reckons the tires are still good for another six months or so, and I agreed with her since the tires still had thick layers of tread.

My test drive and review of the Falken Sincera SN250 A/S made me a believer. Falken has a new winner in the touring performance all-season category and it only gets better when you consider the price.If your car deserves the refinement of a luxury tire then you can’t go wrong with the Falken Sincera 250 A/S. Now, if only Falken can improve the dry grip of this tire on the next iteration, we might have ourselves an overall champion in this crowded category.
← Falken Pro G4 A/S Review & Rating - How good is it? Bridgestone versus Michelin – Which is the Better Tire? →