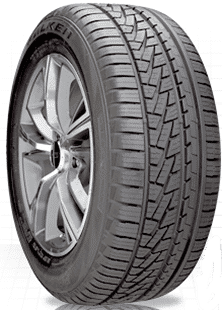 It is easy to mistake the Falken Pro G4 from the Ziex ZE950 since both tires have the same asymmetrical tread design. In fact, when compared side by side, both tires look exactly the same.

In this Falken Pro G4 A/S review, I wanted to find out how this tire compares to the similar looking Ziex ZE950. Both are classified as high-performance all-season tires so I was also curious if the former can perform well on wet and slippery surfaces.

One thing is for sure: the Falken Pro G4 A/S looks awesome.

The aggressive tread design will give your car a more sporting stance and feel courtesy of the silica compound (which also happens to be the same compound utilized in the Ziex ZE950). This will allow the tires to remain pliable even when continuously exposed to cold weather conditions.

Taking a closer look at the tread pattern will reveal some interesting things about the Falken Pro G4 A/S. The outside shoulder is designed to improve the steering response and handling of your ride courtesy of the wide-angled tread block. This design will also push the snow towards the center of the tire to improve traction on slippery or icy road surfaces.

There are multiple 3D-designed siping on the shoulders of the tire which creates multiple biting surfaces on the tread. This is useful when you are driving on wet and snow-covered roads. There are four wide circumferential grooves that serve to channel water away from the contact surface to prevent hydroplaning.

This will be my first time to get behind the wheel of the 2012 Chrysler 200. I fired up the motor and proceeded to spend a couple hundred miles to get an actual feel for the Falken Pro G4 A/S.

The owner of the Chrysler upgraded to Falken tires a couple of months ago. But since this car is used as a daily driver, it has accumulated at least 1,500 miles of combined city and highway driving. 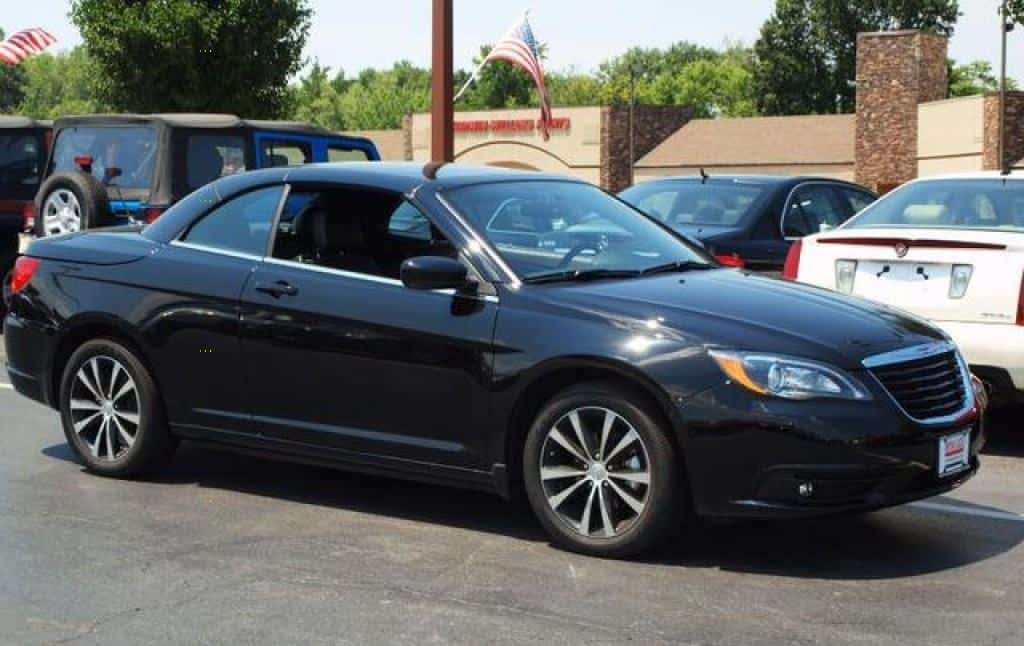 Traction and grip on dry pavement were good, but not particularly excellent.

I think this has something to do with the suspension tuning of the Chrysler, although I did feel the tires hunting for traction as I accelerated hard on the mildly damp asphalt.

Cornering and stability were above average. Braking was also excellent given the weight of the Chrysler 200. No surprises there since the Falken Pro G4 is an all-season high-performance tire, although I had a lingering thought that the Falken Ziex ZE950 had more to offer in terms of dry traction and grip.

I got the chance to get a feel for the Falken Pro G4 on damp asphalt. The tires never lost traction even as I taunted the chassis and the steering by applying a bit of opposite lock on a fast corner. The understeer was still there, but at least the tires held on for dear life as I safely accelerated upon exiting the corner. It’s funny that this tire also feels exactly the same as the Ziex ZE950 on wet pavement.

Driving on the snow was also a revelation. True to the all-season nature of the Falken Pro G4, it performed well as I traversed over light snow. Of course, the tires will behave differently when faced with more than two inches of snow, but it’s good to know that you can count on the Falken Pro G4 when the weather gets icy cold.

I found out that one of the most compelling features of the 2012 Chrysler 200 is the ride quality. It felt smooth and composed on the highway. Credit should also go to the Falken Pro G4 tires. The ride was far from being plush but the tires gave the Chrysler a ‘bigger car’ feel in the city as well.

The Falken Pro G4 produced a bit more road noise than the usual. The tire roar was more evident on harsh concrete road surfaces but toned down a bit when cruising on smooth asphalt. The redeeming factor is the tires were pretty quiet at slow speeds.

The Falken Pro G4 tires on my test car were less than three months old. After about 1,500 miles of mixed urban and highway driving, the treads were still relatively fresh. Even the owner of the Chrysler 200 was pleased with the wear characteristics of the Falken Pro G4. He was expecting to discover mild tread wear after breaching 1,000-miles since his old set of tires were already showing signs of wear (the sipes were starting to get less visible) after traveling roughly the same mileage.

This is good to know since the Falken Pro G4 is on the average price spectrum, which is again eerily similar to the Falken Ziex ZE950. It is hard to ignore a tire that costs less but lasts longer than the competition.

If you want to elevate the dry and wet handling of your sedan or coupe, you should take a second look at the Falken Pro G4 A/S. It performs well on a variety of road surfaces and it can handle light snow as well. Even though I found the tires to be a bit noisy on the highway, I was pleased with the low wear characteristics of the Falken Pro G4.

If you take into account all good things that you can experience with this tire, its low price could be considered as a relative bargain compared to other brands that will charge a bit more cash for a tire with the same level of performance and refinement as the Falken Pro G4 A/S.