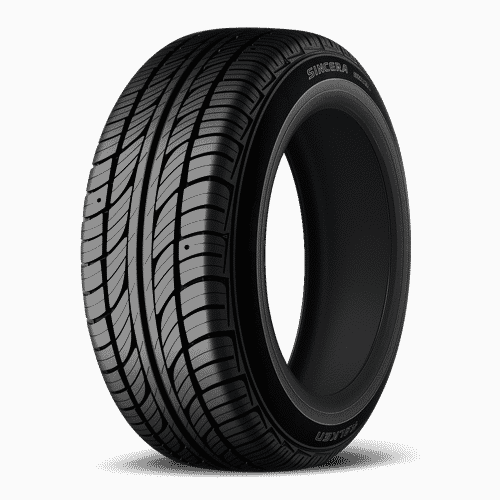 I chanced upon a 2010 Chrysler Town and Country minivan with factory-spec 16-inch wheels and Falken Sincera SN828 tires. Just by the looks, the tires were on their way to the recycling bin and the owner confirmed my thought by saying that he’s had the tires for almost a year now. Don’t get me wrong, the tires weren’t THAT bald, but wear was pretty evident on the front and rear of the minivan.

The Falken Sincera SN828 is an all-season touring tire designed for compacts, midsize sedans, small crossovers, and minivans. It has been on the market for quite a while so I guess it was only proper for Falken to replace this tire with better all-season capabilities.

I won’t beat around the bush. There have been a lot of complaints about the Falken Sincera SN828, and most of them have something to do with accelerated wear, which is uncharacteristic of a touring tire. Perhaps a large majority of car owners bought the tire because of the low price. Yes, this tire is at the lower end of the price spectrum and you only need to spend around $50 to $70 per piece.

Ironically, the Falken Sincera SN828 is equipped with tire rotation indicators in the tread. This feature will allow you to visually know if the tires are due for rotation. There are depressions in the tread that change their shape from a circle to a square when the tire has surpassed 1/3 of its intended lifespan. I guess Falken should have paid better attention to the wear characteristics of the tire instead of coming up with this novelty feature.

Aside from the unique wear indicators, the Falken Sincera SN828 is manufactured utilizing a silica-enriched compound to deliver higher levels of traction and grip on dry and wet pavements. This compound is also formulated to improve the durability of the tire. The sidewall, in particular, is enhanced to resist scratches and curb damage.

The Falken Sincera SN828 is engineered with a symmetrical tread design with chunky outer shoulder blocks to improve cornering grip and overall handling. The tire has a continuous center rib that improves the stability of your ride on dry pavement.

This tire also benefits from a Five-Phase Pitch Variation tread design that will cancel any unwanted road noise from permeating inside the cabin. The Falken Sincera SN828 is backed by a 50,000-mile limited tread warranty and is available in 13” to 16” diameters.

My Town and Country is equipped with a 3.8-liter V6 and six-speed automatic transmission. I was given the whole day and the better part of the evening to test the Falken Sincera SN828 tires. 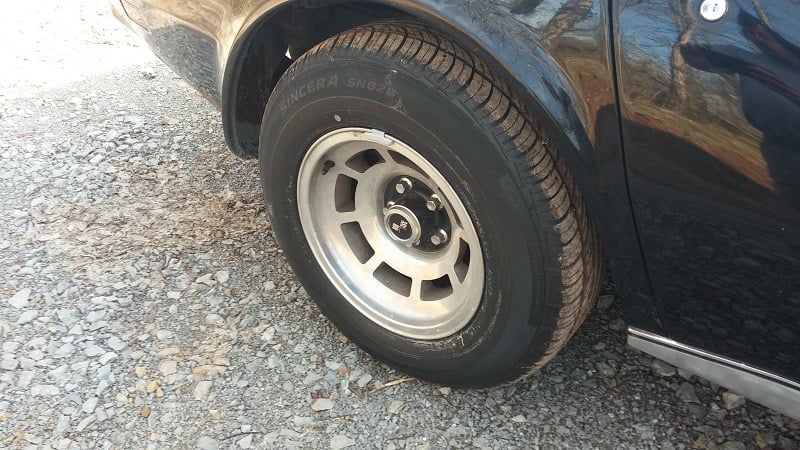 I found out the behavior of the Falken Sincera SN828 tires were relative to the speed that I was driving my minivan. At slow or moderate speeds the tires offered good traction and grip, which is commendable given the age and condition of the tires. However, as I sped up to keep pace on the highway the tires felt they were struggling for grip, particularly in the rear.

I wonder how the tires felt when new. If you approach a sweeping corner at slow speeds, everything will be calm and composed. If you attack the same corner more aggressively, the rear will slide out and you will have to be a wizard with the steering wheel to get the vehicle back on the right track.

It’s the same story in the wet. At slow or average speeds the tires were gripping the road admirably, but it turns into a different animal at higher speeds. It will suddenly bite if you’re not careful with your driving maneuvers on wet roads.

The owner of the Chrysler Town and Country also told me he drives very carefully in the rain since he’s not entirely confident with the wet capabilities of the tires, especially as the tires wore out over the course of the year.

The Falken Sincera SN828 were compliant on very light snow. Don’t expect these all-season tires to acquit themselves with faced with moderately deep snow or ice unless you want to find yourself trapped in a ditch. It is safe to say that there are better variants that can perform well on light snow.

Perhaps the ride comfort is one of the few redeeming factors of the Falken Sincera SN828. It behaves like a true touring tire on the highway and it allowed me to clear my mind without being bothered by unnecessary bumps. Credit also goes to the excellent suspension tuning of the Chrysler Town and Country which made the car an exceptional highway cruiser.

I’m not entirely sure if this has something to do with the age of the tires, but the Falken Sincera SN828 were relatively noisy for a touring tire. There was tire roar at slow speeds and the droning only got worse as I sped up on the highway. The owner told me the elevated levels of tire roar started after he rotated the tires, presumably after checking the unique wear indicators turn from a circle into a square.

In all fairness to the Falken Sincera SN828 that were fitted to my test car, the tires were approximately a year old and they were still good enough for a couple thousand miles before needing replacement. Yes, the wear was visibly obvious on all four tires, but the owner of the minivan was cool with it considering the price of the tires.

In my opinion, you are better off with the new Falken Sincera AS250 if all you want is a comfortable and long-lasting set of all-season tires. But given the low price point, the Falken Sincera SN828 provides good value since it still rides comfortably while providing average levels of grip on wet and dry roads.