Mastercraft tires review: A name you can rely on 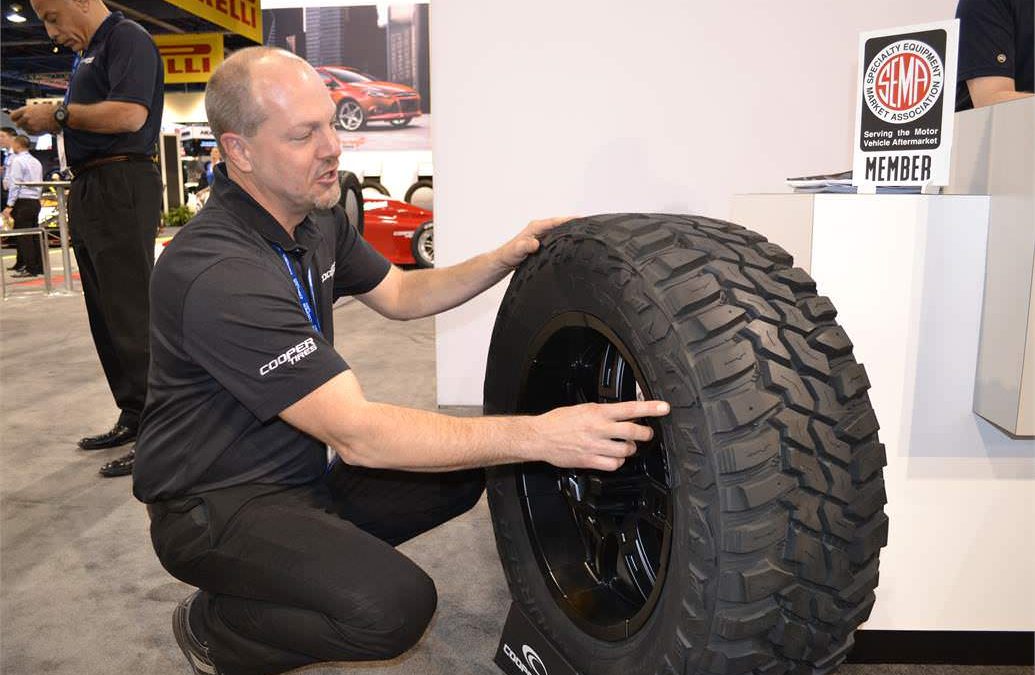 Mastercraft tires need no specific introduction. They are not as cheap as other sub-brands, but they cost less than the stalwarts such as Bridgestone, Goodyear, and Michelin. The Mastercraft brand is a subsidiary of the Cooper Tire and Rubber Company, which is also the owner of other popular tire brands such as Mickey Thompson, Roadmaster, and Avon tires.

The first thing that you need to know in this Mastercraft tires review is the brand’s reputation for quality and performance. You will probably come across mixed reviews if you search online, but a big majority of those reviews are on the positive side of things. I talked to multiple tire dealers regarding Mastercraft tires and they all told me that many people prefer this brand over other cheap and relatively unknown brands despite the more premium price.

Don’t get me wrong. I specifically stated at the beginning of this Mastercraft tires review that these tires are affordable, but there are other tires that are way cheaper. Mastercraft tires are in the average price range, which actually makes them a good choice if you have a bit more money to spend on brand new tires.

A couple of years back, I got the chance to test drive an old and beaten up 1967 Ford Mustang Hardtop fitted with Mastercraft Avenger G/T tires. The owner told me that he’s been using Mastercraft tires for five years and would only buy Mastercraft tires for his pony. I believe that the car has recently been restored, and it’s still wearing those awesome Avenger G/T tires with the raised white letters on the sidewall. I don’t know about you, but I really love the look of tires with white lettering on a muscle car, especially on classics such as the Mustang and those gorgeous Plymouth Roadrunners from the 1970s.

The Mastercraft brand has been around for more than a century, but are these the right tires for your ride? Here are reviews of the most popular Mastercraft tires so you can make the right choice.

Depending on the speed rating, Mastercraft tires are backed by a solid 40,000 to 80,000-mile warranty. Other cheap tires will only give you a 45,000-mile warranty (others don’t even come with such a warranty), which is really not bad given the price. But Mastercraft goes a step further by offering a longer warranty. That, for me, is a good deal right from the start.

If there’s a tire brand that can cater to the needs of the North American market, then you can count on Mastercraft tires since they’ve been around for more than century.

Like I said, Mastercraft tires are still pretty affordable despite the fact that you can buy cheaper tires still. If you are really on a tight budget, Mastercraft tires are not for you. But if you can spend anywhere from $70 to $120 on each tire, this brand may be the right choice for your car, truck, or SUV. 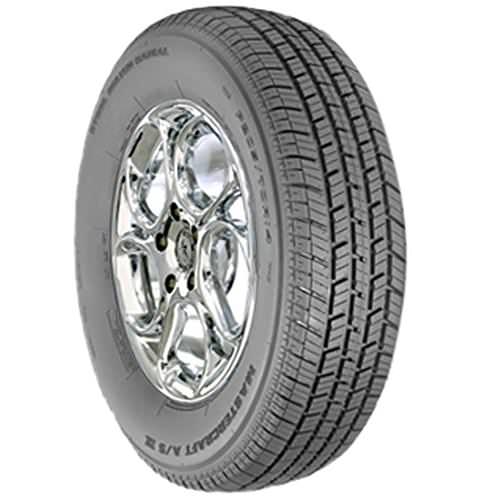 This tire is equipped with an all-weather tread pattern with unique gripping edges to enhance traction on wet or dry pavement. Featuring wide circumferential grooves that quickly channel water away from the treads for responsive handling on wet roads, this tire also has variable-sized treads to reduce noise on the highway.

It wasn’t hard finding a test vehicle fitted with Mastercraft A/S IV tires. I got my hands on a 2006 Honda Civic fitted with stock 15-inch wheels and Mastercraft A/S IV tires. Dry traction and handling were good, and traction in the wet wasn’t bad either. In my opinion, there are other tires that offer more grip in the wet, but this level of wet grip is acceptable for the average driver.

Noise and comfort levels are also average in my book. The tires were quiet at slow speeds, but I noticed a bit more tire roar on the highway. They also gave a comfy ride as long as you avoid minor road undulations. The tires seem to get confused dealing with potholes and rough pavement. They were smooth and quiet on good roads at slow speeds, but they hump and thump when faced with minor road irregularities.

Given the price, the Mastercraft A/S IV tires are commendable as long as you don’t drive like a lunatic who is finding ways to improve lap times.

This tire is backed by a 40,000-mile tread wear protection warranty. 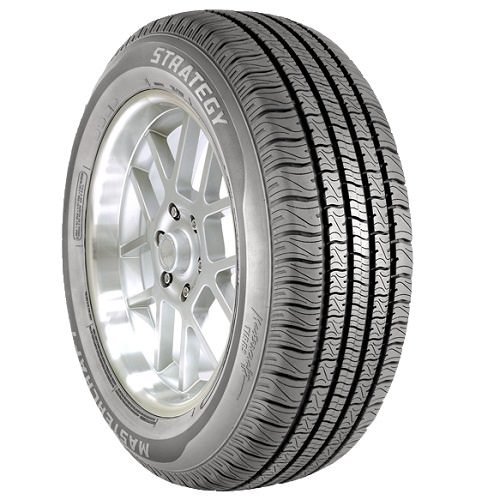 The Mastercraft Strategy is a touring performance tire with a friendly price tag. If you do a lot of driving on the highway, then you should definitely consider upgrading to a quality set of touring tires since they are designed to minimize tread wear as you drive.

The Mastercraft Strategy is equipped with a notched center rib design and a unique tread element shape that helps in providing even tread wear even as the miles pile up.

The slots on the shoulders will help to improve handling while the four circumferential grooves are engineered to enhance performance on wet roads.

Traction and grip on dry roads were good while the tires didn’t lose their composure when pushed hard during heavy rains.

The owner of the LeSabre was also pleased with the performance of the tires. He said the tread wear was excellent since the tires still look fresh even after 5,000 miles.

If you are searching for a touring tire that won’t break the bank, give the Mastercraft Strategy a second look. 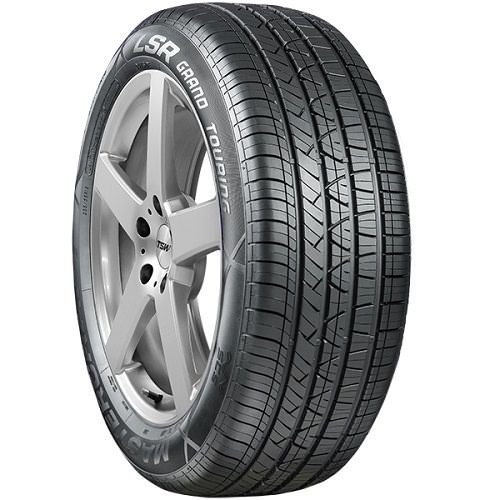 I was thinking of classifying the Mastercraft LSR Grand Touring as a high-performance tire since it definitely looks the part. The symmetrical tread pattern practically screams ‘high-performance’ upon first glance, and so is the lightweight construction to reduce the rolling mass of your ride.

The Mastercraft LSR Grand Touring is an all-season touring performance tire designed for high-performance and luxury sedans. It is important to note that this tire is engineered with SCS or Stability Control Siping technology that utilizes 3-D generated sipes to improve handling, traction, and steering response on dry, wet, and even snow-covered roads.

I was handed the keys to a 2009 Mitsubishi Lancer Ralliart fitted with stock OEM 18-inch wheels and Mastercraft LSR Grand Touring tires.

I am very much familiar with the ride and handling of the Lancer, and this Ralliart version is no different. The inherent firmness of the ride was somehow counteracted by the smoothness and comfy ride of the Mastercraft LSR tires. I pushed the car to triple-digit speeds and the tires remained quiet and confident. Traction in the dry was superb, but I didn’t get the chance to test the tires in the wet.

Driving in the city, the ride was still quiet and smooth as long as you don’t drive over uneven and rough patches of pavement.

The Lancer is not the most comfortable car in the world, but it manages to deliver brilliant handling and steering responses even when you’re driving at low speeds.

I wish I had the chance to test the Mastercraft LSR Grand Touring on a larger sedan like the Accord or the Malibu, but I was left with a very favorable impression regarding the price and on-road performance of these tires. 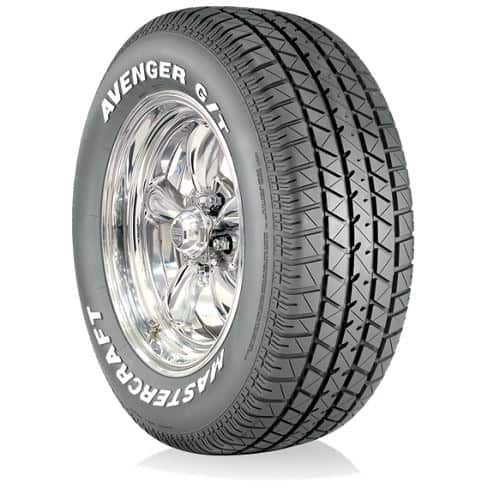 I previously stated above that I got the chance to drive a 1967 Ford Mustang fitted with the Mastercraft Avenger G/T tires. One thing that I can tell you is that these tires look awesome, whether you choose the white letterings or the version with white sidewalls. If your daily driver is a badass muscle car, or if you are dressing up a muscle car for the show, you should definitely look into the Mastercraft G/T.

This tire has a solid notched center rib to improve tread wear and steering response. It is even engineered with a redistributed void ratio to increase the contact between the tire and the road to improve handling. Oh, and you can get solid burnouts as well.

Relying on my experience driving the ’67 Mustang, all that I can remember was that the tires looked incredibly good and the ride was also smooth and comfy since the car was running on stock suspension components.

I didn’t get the chance to push the car to the limit but I managed to gather a bit of speed on the highway. This gave the chance to confirm that the Mastercraft Avenger G/T is not purely for show since it delivers good traction and grip on dry pavement.

What about tread wear, you ask? I think it’s pretty good as long as you avoid burnouts and donuts on empty parking lots. 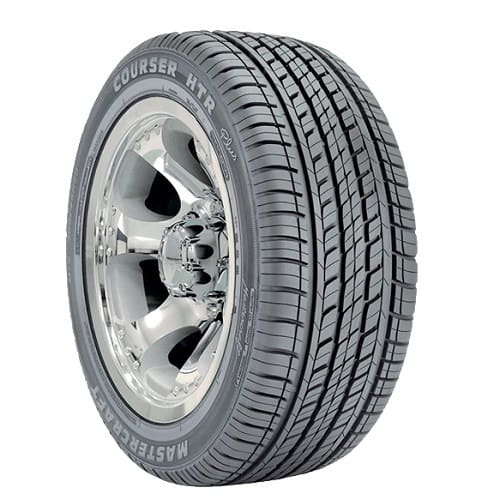 It is important to note that the Mastercraft Courser HTR and HTR Plus are not the same. The former is a touring tire that fits OEM specifications for SUVs and light trucks. The latter is the high-performance version designed for sporty trucks and SUVs.

The Courser HTR Plus is also perfect for plus-sized applications which are common on most new trucks and sport-utility vehicles.

I got to test drive a 2013 Cadillac Escalade fitted with stock 18-inch wheels and Mastercraft Courser HTR Plus tires.

My initial impression is the quiet and comfortable ride.

I guess that’s a given with the Escalade on highway speeds even though this SUV has a reputation for a rather firm and jiggly ride. Credit should be given to the Mastercraft Courser HTR Plus since the tires are engineered with varying number of shoulder elements depending on the size of the tire. This feature is designed to reduce road noise and it seems to work well in this application.

Traction and grip in dry conditions were good. The same can be said if you’re faced with wet roads and heavy rains. The owner of the Escalade had a single complaint about the Mastercraft Courser HTR Plus: advanced and rapid tread wear. 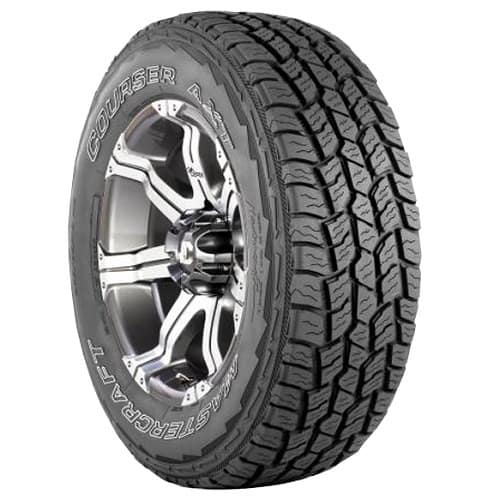 The Mastercraft Courser AXT is an all-terrain tire equipped with a more rugged and aggressive tread design. This tire is engineered to provide balanced all-season performance while providing advanced traction and handling on rough off-road terrain.

I was elated when I was given the opportunity to test drive a 2011 Jeep Wrangler fitted with 19-inch aftermarket wheels and chunky Mastercraft Courser AXT tires.

The tires were a bit noisy on the highway and they were droning a bit on average city speeds, although traction and grip never ceased even on low and moderately high speeds.

I took the Jeep for some light off-road trailing and I was impressed.

These are not mud tires by any means, but they were relentless when forging rocky terrain with loose soil, gravel, a bit of sand, and crawly vegetation.

The Mastercraft Courser AXT tires were a perfect match for the all-conquering persona of the Wrangler, especially on moderately rough off-road terrain.

I had a lot of fun creating this 2017 Mastercraft tires review. These tires offer a lot of value for money since they perform quite well on both wet and dry roads without sacrificing comfort and service life.