Primewell tires are manufactured by Giti Tire of Singapore. The company also manufactures and sells tires under the GT Radial, Runway, and Dextero brands. The Giti Tire Company has eight plants in China and Indonesia with the capacity to produce approximately 289,900 tires daily. It recently opened a new plant in South Carolina, USA with the same ISO/TS16949:2002 accreditation as the factories in Asia. With that being said, it is safe to assume that Primewell tires are not your run-of-the-mill tire brand. They are cheaper than other brands, but not dirt cheap like similar tires manufactured in China. You can expect Primewell to cost less than Bridgestone or Michelin tires, but not as cheap as the tires from lesser known brands. Primewell tires are in the average side of the price range, making them perfect for the cash-strapped consumer.

Primewell Tires themselves market passenger car, SUV, light truck and van, and heavy truck and bus tires. Inside the passenger car tire section there’s seven specific variations, covering summer and winter, ice, and all season. There’s the imaginatively named “All Season”, Valera Sport AS, Sport 910, Valera Ice (hmm, wonder what surface that’s designed for), Valera Winter, PS880, and PS 870. Let’s have a look at the features of each.

Besides the affordable price, there are other reasons why you should choose Primewell tires for your car, truck, or SUV. For instance, there are Primewell R&D centers in Germany, United Kingdom, China, Indonesia, and the United States that collaborate together to deliver the best high-quality product. Primewell understands that different regions from around the globe will demand a different set of tires to cope with existing weather and road conditions. I’m not totally sure if other lesser known tire brands can stake a similar claim in terms of tire manufacturing.
Tuned for Driving Comfort
In my experience, Primewell tires are specifically tuned to deliver driving comfort instead of focusing on grip and handling. Even their impressive lineup of ultra-high performance tires were decently comfortable compared to other high-performance tires.
Great Quality
Each Primewell tire that rolls off the manufacturing plant is given a final personal inspection by trained professionals. Their job is to ensure that there are no defects on the new batch of tires. This is good news for potential car owners who are considering Primewell for their new set of tires. Each Primewell tire is also equipped with a barcode on the tire sidewall to trace the raw materials that were used in the product.

It’s clear Primewell Tires are one of the more” get up and go” tire manufacturers considering the sheer breadth of range, the clever engineering, and the concise yet informative details available. 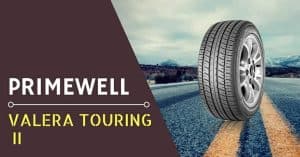 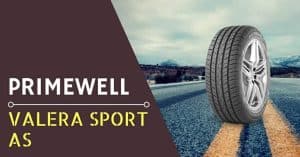 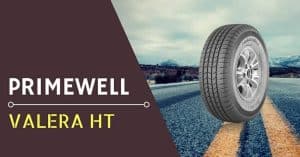 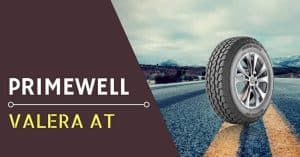 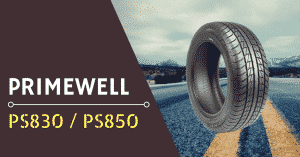